I was hungover and tired and generally unenthused about everything.  For this reason I picked the easiest thing I could find that was close and had water.  What I hadn’t thought about is that it is a river access on one of the last weekends of the summer on a fairly hot day.  I almost couldn’t find a place to park, but I did.  I am not entirely sure it was legal, but there was no sign saying No Parking, so I think I was good.  This hike is a big loop that has surprise surprise a big flat space.   It is 1.8 miles and has is again flat, so no climb or descent which is particularly nice if you are not in good condition.  Fairly quickly in the hike it brings you to the river (Bitterroot). It is a bit upstream from where the river access is, so it was not totally overrun with people, but there were still a bunch of people.  Mostly folks walking their dogs.  I sat on a lovely bench and wrote some. 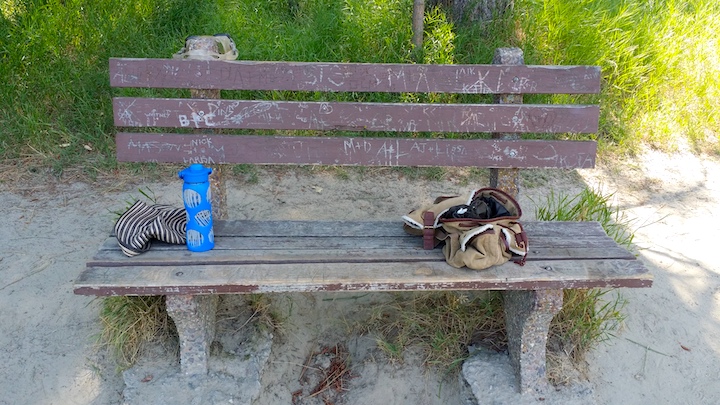 The first line of what I wrote was, “I feel like I am dying.”  It did not lead to deep thoughts or eloquent wordage.  It mostly dissolved into self doubt and then wound back up into me figuring it all out with a solution and everything.  It felt very good to sit there and let the wind blow through me.  I had a nice long day dream about teaching a poetry class.  I really want to do this.  But because of covid it really is only realistic over zoom and I am not tech savvy enough to do that.  But maybe.  We shall see.  Most likely I will just keep dreaming.

The walk after that was mostly dry and hot.

But then there was this grove of trees.  It was an area that I think is usually under water, but since it is the end of summer it has dried up.  The trees are epic.  And it felt important.  It felt holy.  It felt like I was in a place that was made for the gods.  It felt like I was in a sanctuary that was old and made in reverence.   But it was just a bunch of trees, so I don’t know why it felt so special.  But it was. 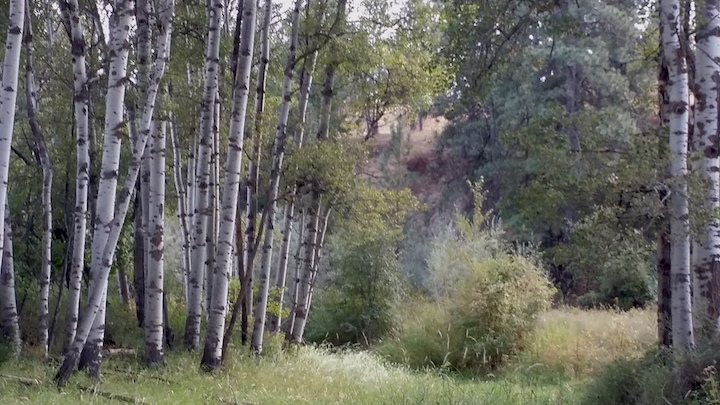 The rest of the hike follows along the Big Flat irrigation ditch.  I enjoy a good ditch.  The fact that most of them were made really quite some time ago and that they are really complicated things to plan out and execute.  Man as god.  Tale as old as time.

And that is it for this one.